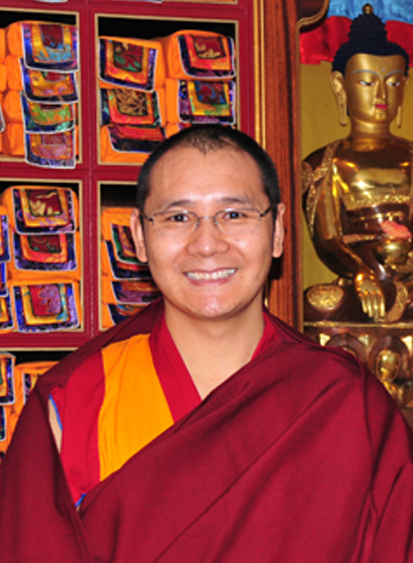 Khenpo Tashi Sangpo Amipa is the oldest of the four brothers, born during the first Tibetan month of 1973 in Sakya, the capital of the Sakya province in Tibet. His karma and virtues accumulated in the past lives lead to his fortunate birth into the Amipa family. He spent the first four years of his life in the loving care of his parents. He still feels profound gratitude towards his parents for the love with which they brought him up.

In 1977, at the age of four, he entered the Sakya Elementary School. His teacher Norbula, full of love and understanding, taught him the basics of writing, grammar and history, laying the foundations for Lama Tashi’s further education. Lama Tashi was very happy to go to school at that time and felt great respect for his first teacher.

In 1983, at the age of ten, he entered the main Sakya Monastery – Thubten Lhakhang Chenmo. It was a fortunate coincidence that at that very time his uncle, Ven. Lama Sherab Gyaltsen Amipa Rinpoche, set off on his first trip from Switzerland to Tibet and Sakya, where he recited many prayers for his young nephew; in the end, the child’s wish was fulfilled – his application to enter the Monastery was accepted. A year later, on the auspicious day of Saga Dawa Düchen (Skt. vaiśākha), he took monastic vows and was given a religious name Tashi Sangpo by the Abbot of the Monastery, Ven. Khenpo Ludup Gyatso. Khenpo Tashi received first teachings from his grandfather, Ven. Lama Shedrub Tenzin, who taught him the fundaments of Buddhism and numerous rituals and prayers, which the young monk had to learn by heart. Because his grandfather was already very old at that time, in 1985, Ven. Lama Lodro Sangpo became Khenpo Tashi’s new teacher. He continued to study the fundamentals of Buddhist thought under the guidance of this new teacher; in particular, he studied some of the most important philosophical texts and was trained in philosophical debate, he studied Teachings of the Buddha, many commentaries to these Teachings, and other Buddhist texts. Among other things, Khenpo Tashi got familiar with different religious rites and learned to recite them by heart. He was also introduced to tantric dances, such as the dances of Vajrakīlaya ritual.

In 1990, at the age of seventeen, Khenpo Tashi continued his studies of advanced philosophical topics at the Monastic University. He studied the Pāramitās, the Pramāṇa and other advanced meditational topics and practices. The first year of higher studies was mainly dedicated to the Ten Teachings of the Buddha. That year, like every other, a month and a half long retreat took place, during which the abbot, Ven. Khenpo Ludup Gyatso, transmitted a special teaching called Thupa Gongsal, which is a condensed essence of all Buddha’s Teachings..

Then, in 1991, Khenpo Tashi received extensive Lamdré teachings, along with the three-month transmissions related to the Vajrayoginī collection of teachings at the Sakya Monastery from Ven. Lama Jamyang Losal Sangpo. In 1992, together with a group of seven monks and their teacher, he set on a horse journey to the sacred Mount Nubri, situated in northern Tibet. Mount Nubri was blessed by Padmasambhava and is still venerated for the blessings of this great Saint. For three months, this small community of monks guided by their teacher recited prayers, mostly for the benefit of nomads living in this place. During the same year, another important summer retreat took place during which Khenpo Tashi received a special teaching called the Jamyang Lami Gongkhen, which covers all the Teachings of the Buddha – of the Hīnayāna, Mahāyāna and Vajrayāna vehicles – from Ven. Lama Jamyang Losal Sangpo. That same year, Khenpo Tashi also received all initiations and oral transmissions of Vajrayoginī, one of the 13 Golden Dharmas, from this same tantric master.

In 1993, Khenpo Tashi completed a one year Green Tārā retreat; he retreated in the place which used to be Jetsün Sachen Künga Nyingpo’s place of meditation. Up until that year, Lama Tashi continued his studies at the Monastic University of the Sakyas.

In winter 1994, Khenpo Tashi set off on a journey to India and arrived to the Sakya Monastery of Dehra Dun. There, he received the complete set of Lamdré teachings from His Holiness the Sakya Trizin and continued to study the rituals related to different Buddhas for the next five months. In 1995, he enrolled to the Sakya College at Dehra Dun. First, he studied The Way of a Bodhisattva (Bodhicaryāvatāra), then the vows of Prātimokṣa, and Nāgārjuna’s Letter to the King, which deals with the topic of Prajñāpāramitā.

In 1997, his studies focused on the Mādhyamika philosophy, while he also received further explanations of the Prātimokṣa vows. In 1998, he continued the study of the Middle Way, the Mādhyamika Philosophy of Nāgārjuna. In 1999, his studies focused on logic, and in particular on the Sakya Pandita’s commentary on logic. During the time spent at the Sakya Monastery in Dehra Dun, Khenpo Tashi received instructions on all collections of tantras and numerous initiations of all four classes of tantra from His Holiness the Sakya Trizin. He completed his undergraduate studies in 1998 with a Kachu-pa degree (Bachelor of Arts). In May 2000, he passed the final postgraduate exams with honours, and was awarded the Loppön degree (Master of Arts). The two exams are important foundations for his further education.

In May 2000, Khenpo Tashi moved to Switzerland, where he was invited to stay as a resident Lama at Arosio (Lugano, Switzerland) Buddhist Centre – Thupten Changchup Ling. He returned to India for six months in 2003 to continue his study of Buddhist philosophy (Abidharma) at the Sakya College in Dehra Dun. He gave his first teachings in 2004 in Arosio, then in Kuttolsheim (Strasbourg, France) during the retreats lead by Ven. Khenchen Lama Sherab, upon whose request Khenpo Tashi started to teach more and more also in other centres around Europe.

He returned to India again in the beginning of 2008, and on the first day of the Tibetan New Year, His Holiness the Sakya Trizin bestowed upon him the title of Ponlop (Lama). A special ceremony was offered to Khenpo Tashi on this special occasion by the abbot of the Sakya College, Ven. Khenpo Gyatso, and the College students. On that occasion, he also became a fully-ordained Bhikṣu. Furthermore, during his three-month journey in 2008 he went on a pilgrimage to holy places of Buddha Śākyamuni in India and Nepal.

In 2009, Khenpo Tashi performed a ten-week retreat on Bhūtaḍāmara and Ngöndro (preliminary practices) at the Sakya Thegchen Ling centre in the Netherlands. Before his passing, Khenchen Sherab Gyaltsen Amipa chose Khenpo Tashi Sangpo as his heir and left him in charge of his European centres. On 3 July, His Holiness the Sakya Trizin conferred upon Lama Tashi Sangpo at the European centre Sakya Tsechen Ling in Kuttolsheim/Strassburg the titile of Khenpo (abbot) as a sign of appreciation for his committed guidance and support in taking care of the Sakya Centres founded by Khenchen Sherab Gyaltsen Amipa. 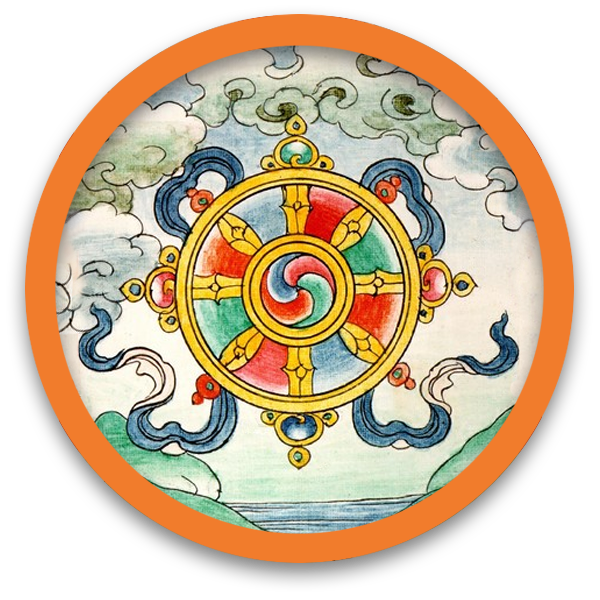